"Only the Brave Tattoo"

When I first saw that slogan/ fragrance name, I thought to myself, that's true! 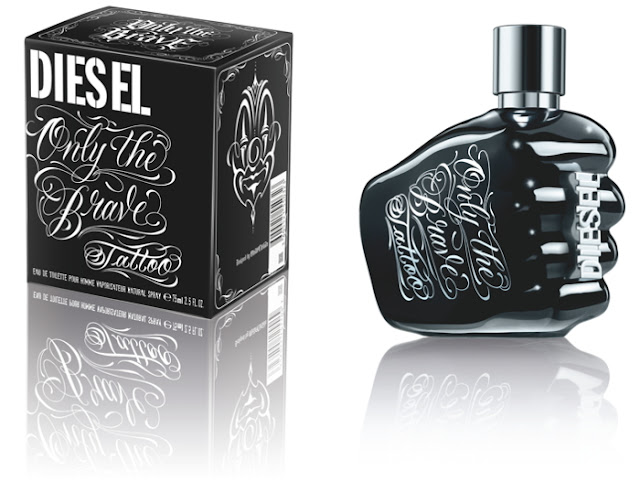 It is a pretty bold statement tattooing yourself here in conservative Singapore. Deciding to get a tattoo means that you are willing to show the world who you are and you don't care about what other people's judgments of you are. You're confident in your abilities and you know that people should not "judge a book by it's cover". Cliched, but hey, it's true. I mean, unless you get a poorly researched, spur of the moment tattoo. That's different.


Using the youth culture and strong identity of the tattoo culture is not new to fashion (see previous post here).  There's been a new addition to "tattoo themed" fragrances, this time, it's Diesel. The fashion label had the very well known Tattoo & Graffiti artist, Mister Cartoon design the packaging and the bottle.

In the video commercial, they hired male super model, British dude- Sam Webb. Of course, he's wearing airbrushed tattoos in the video and mostly, he's just walking around, generally looking cool. The other guy, who care's about the other guy! He's not tattooed! He does a pretty good job of looking cool, too.

With the kind of budget these super brands have, of course. It's gonna look good. I like it, it's an accurate portrayal of tattooed guys, we're just awesome, we drive nice cars, we have no fear and random chicks touch us while crossing the street. LOL. All kidding aside, it's really beautifully made.

Of course, Diesel's not the first to try to use the tattoo culture to make their brand more edgy and appealing. There've been other Tattoo inspired fragrance lines.