Chinese Vampires , 殭屍 (Jiang Shi)  also known as a Chinese "hopping" vampire or zombie is a type of reanimated corpse in Chinese legends and folklore. According to legend, in the day, the jiangshi rests in a coffin or hides in dark places such as caves. At night, it moves around by hopping, with its arms outstretched. It kills living creatures to absorb their Qi or life essence.

Gotta love how this old traditional myth is given the modern horror twist in this piece of work! 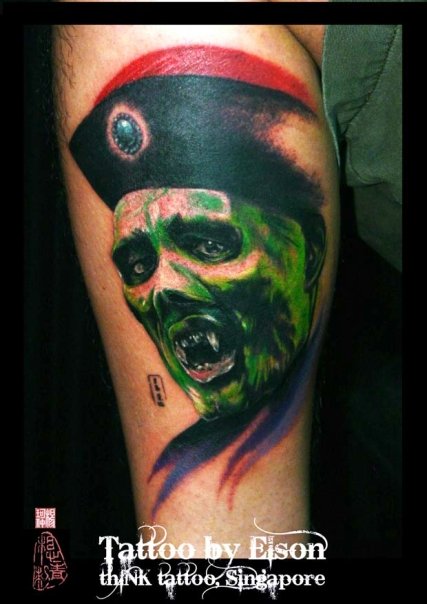 photo courtesy of the artist.