But like every other thing in this world, there is the other side of the coin. Gangs and hate groups have also used tattoos to mark their personal convictions of hate, bigotry, crime and violence. 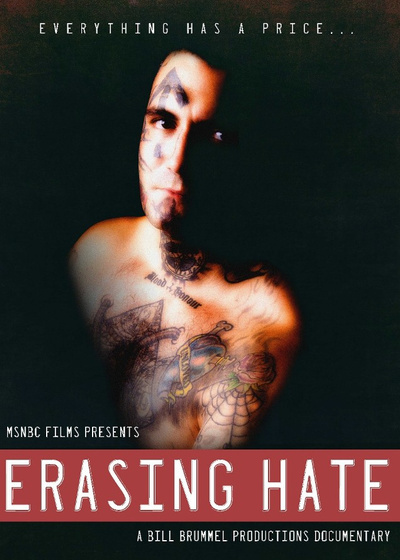 That being said, everybody makes mistakes, whether they're big mistakes or little ones. "Erasing Hate" is a documentary film about one such individual, American, Bryon Widner. Bryon was a ferocious white power gang member. After finding out that gangs were a bunch of hypocritical bullshit, he was looking for a new beginning. Problem is, he has white power gang tattoos all over his face and body. This film traces the painful physical process of removing his tattoos and the challenges him and his family have to go through to start a new life.

For those of you who remember the chilling film "American History X" starring Ed Norton, this is the real deal.

Watch the Trailer below and you can order the DVD here.