Every country has an expression that is uniquely theirs. Well, in Singapore, when you say "Shiok", it's the equivalent of 'Satisfyingly, pleasurably, awesome..''.

Here's some simple ways of using the term- 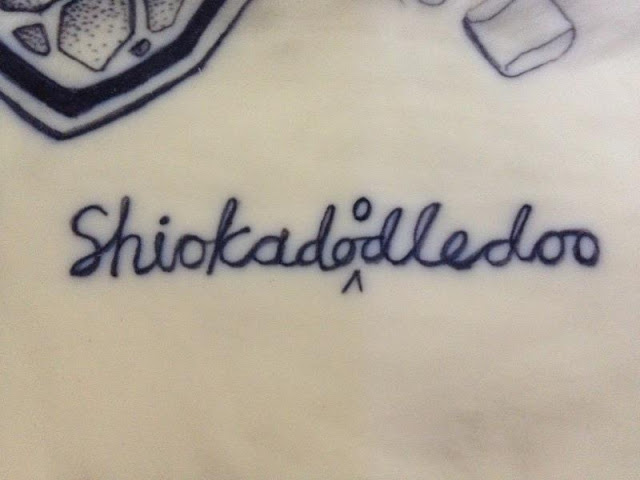 This piece was done by a tattooist in training, Kiat. Inked on training skins. Love the idea and the humour behind this. LOL!